Skip to content
Why do people choose addiction as a way of living? Does it really make people stronger? Does it give people euphoria or lets ask what do people achieve by becoming an addict? Today, I while I was waiting for the train near the platform and studying for my exams side by side, I was forced to think about these questions when I saw a young drunk man, aggressive, and verbally fighting with 3 policeman and 1 policewoman for unknown reasons. Very soon the team knocked down the guy and handcuffed him. After they tied him on the ground a bottle of alcohol dropped out from his jacket. I saw this bottle and got compassionate for the enforcement team, the young chap and the people around. Was the young man conscious of what he was doing and saying? I got carried away by this sight looking at foolishness and stupidity of this young chap to rise against the law and order enforcement team for unknown reason. What could be the reason? From the way he was aggressively saying bad and insulting words to the policeman it appeared he needed the freedom to do something which the team consider inappropriate in that public place. In my past experience of my home country, when a drunk man is caught by a police personel he completely surrenders and apologize even when he is drunk. To compare the systems of a developed and developing country, the freedom given by the nation to a person in a developed nation is supreme as compared to a developing nation. This freedom when unconsciously and consciously misused due to addiction reasons or egocentric ideas, leads to all the rubbish thoughts and emotions like anger, frustration, hatred, enemity, etc etc etc, and as a consequence fights, conflicts and continuous friction among people. Probably it was the same situation here, where this chap had misued his freedom inadvertently. What we can observe is consuming alcohol, drugs or smoking has tendencies to become completely unaware and aquire inappropriate and illusionary ways of living wherein a person gets dismantled from the real world of living such as the example here. This scene was a little disturbing so I thought to pen it down to transform my experience into a beautiful one. 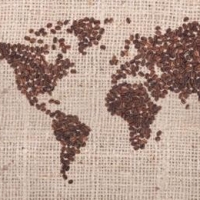 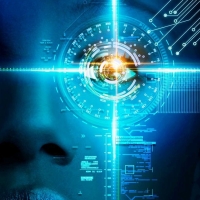 Join 34 other followers
Musings on Maps

a deep dive into maps, from before print to data visualization

Want to learn the simple way?

True wealth is the wealth of the soul

Listen to your inner self..it has all the answers..

Dr. Ravi A. Patel,MD, MPH (A Physician, An Author, A Health-Coach & An Entrepreneur)

we care for your life, we work for humanity and for this magical creation!

From Beyond The Rainbow Somewhere

WordPress.com is the best place for your personal blog or business site.